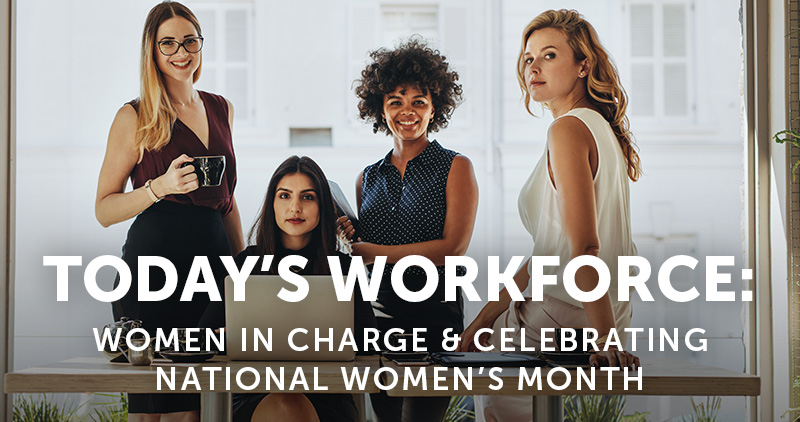 October is National Women’s Small Business Month, and Rymax is here to help encourage keeping women in business and boost support for woman-owned businesses. In August 2019, Rymax experienced a change in ownership with our first female President and Owner. As a proud female-led company, Rymax recognizes all the powerful, impactful woman that lead our departments, including our fearless boss.

Across all industries, the unfortunate reality is the pandemic is forcing many women out of work. Women already accounted for the majority of jobs lost earlier in the year, and every month since June, “there’s been a pronounced slowing of job growth and labor participation for married women,” according to Michael Madowitz, an economist at the Center for American Progress announced this past week.

Overall, four times more women than men dropped out of the labor force in September, just as many U.S. schools reopened with remote and hybrid schedules.  The cost is not only financial, it is emotional – and has potential to do lasting damage to our society and business world.

According to catalyst.org, in 2019, there were 76,852,000 women aged 16 and over in the labor force, representing close to half (47.0%) of the total labor force. 57.4% of women participated in the labor force, compared to 69.2% of men. This statistic alone shows the significant impact woman have had in the business world.

Recently, Rymax received certification through the Woman Business Enterprise (WBE). WBENC’s national standard of certification, implemented by the WBEC, is a meticulous process which includes an in-depth review of the business, interview, and site inspection. The certification process is designed to confirm the business is at least 51% owned, operated, and controlled by a woman.

WBE is joining forces with many female-run businesses around the world to help network and share business success. As the largest certifier of woman-owned businesses in the U.S., and a leading advocate for woman business owners and entrepreneurs, Rymax is proud to join the ranks and be amongst women who are well-respected leaders within their industries.

Rymax joins the WBE and #nationalwomansmonth in helping to keep women in the workplace and in raising awareness so consumers can support #BuyWomenOwned products and services. The month of October will build momentum into corporate gifting and holiday shopping season, including Small Business Saturday, Women’s Entrepreneurship Day, and Women Owned Wednesday (the Wednesday after Thanksgiving).

Which is why on #nationalbossday, we recognize our female leader and look to support women in the workforce and #nationalwomansmonth all month long.

Tips on Keeping Employees Well & Healthy During Flu Season
Next
November Brand of the Month: MCM