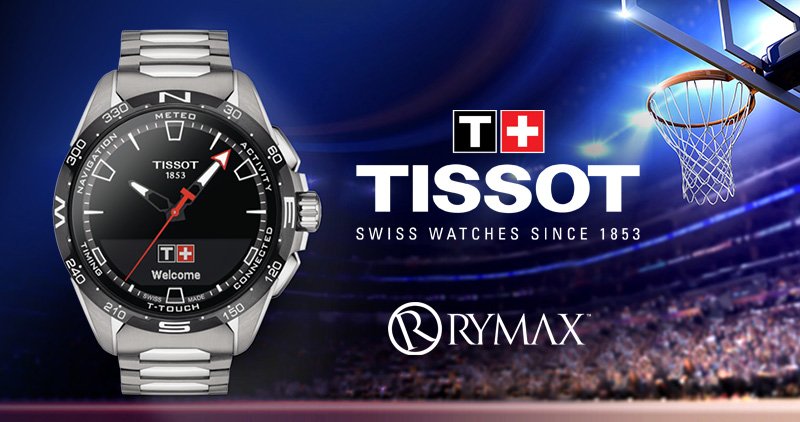 The NBA Finals start in just two short weeks. Get your head in the game and test your knowledge with these quick trivia questions:

Tissot has been the Official Watch and Timekeeper of the NBA, The Women’s National Basketball Association (WNBA) and the NBA G League since 2015. This partnership brings Tissot’s precision timekeeping, performance and style to fans around the world. Tissot and the NBA developed an innovative precision timekeeping system that has been used in all 29 NBA arenas since the start of the 2016-17 NBA season. To commemorate the partnership, Tissot has introduced multiple timepieces over the last six years, including the recently introduced T-Touch Connect Solar Timepiece. The hybrid Swiss watch that combines a traditional masterpiece with connected functionalities now allows NBA fans to track their favorite teams. Features include access to key information, such as game schedules and team standings. In addition, users will soon be able to follow NBA games live through the watch’s silent notifications, which will provide games scores and key statistics.

Last question: Is the watch available through Rymax?

The T-Touch Connect Solar watch as well as many other Tissot timepieces are available through Rymax. Want to excite all the basketball fans in your rewards programs? Offer them Tissot today.

Elegant Scents Abound with our May Brand of the Month, Jo Malone London
Next
The U.S Open Golf Championships Collides with Father’s Day. Not a Coincidence.