Over the course of history, great leaders have made positive changes in the world and led the masses to various victories. Each leader possessed their own unique style and characteristics, but all shared a common thread: their determination to prevail. Despite all the odds and obstacles that they faced, these leaders stared down the opposition with courage, tenacity and a belief in themselves and their cause. Year after year, decade after decade, their actions inspire others to learn more, do more and become more.

Today, for Fresh Perspective Friday, we’re looking into the life and career of one of history’s greatest leaders, to see what we can learn and how we can grow as both people and professionals. This week, we examine the life of Mahatma Gandhi and what made him a great leader. 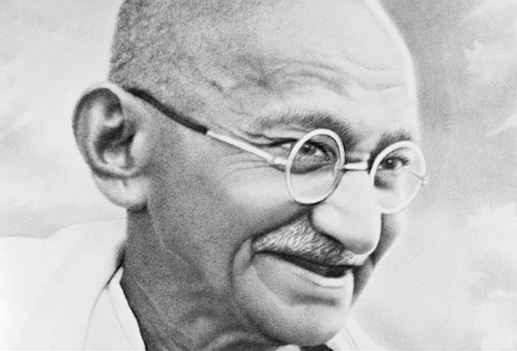 Gandhi began his activism after experiencing racial discrimination as an Indian living in South Africa. In the years following World War I, Gandhi became the principal figure in India’s battle for freedom from Great Britain and under his leadership, India eventually gained its independence in 1947.

Why did so many follow Gandhi and his fight for freedom?

Gandhi employed non-violent civil disobedience, which inspired movements for civil rights and freedom across the world.  He led by example, treating all people fairly, with tolerance and acceptance, in an effort to achieve both peace and equality as well as his own spiritual growth. Gandhi was also self-sacrificing, often using his body as a political device and fasting for his cause. He led an austere lifestyle, living meagerly and modestly, shunning greed and excess. He was not a martyr, but rather a missionary, and a guru, who led with an unwavering devotion to his cause and his supporters.

Gandhi famously said, “My life is my message.” He believed that the best way to spread his message was through his actions more so than his words. He WAS the change he wanted to see in the world and was a living example that inspired others to follow and live out his message.

What this means for today’s professional:

When in the workplace, witnessing someone say one thing but then do another sends a mix message and can leave people questioning your intentions and integrity. When it comes to being an impactful leader, follow the same rules you impart on others.  As a leader, you’ve been given the opportunity to motivate, educate and inspire people every day.

Leading by example converts your words into actions that carry a clearly defined purpose. Without action your words are just words, with little to no meaning. They won’t invoke positive action, but instead…a negative reaction.

Do as Gandhi did and practice what you preach. At Rymax, we practice what we preach. We offer our employees engagement programs that enrich their professional experience, foster their development and propel their success.

We honor Gandhi’s commitment to treating others fairly by giving each of our employees the same tools to succeed and the same opportunity to earn and redeem points for premium rewards. We show them respect and appreciation by rewarding them for their hard work and loyalty — reminding them that they all are equally important to the overall success of the business.

Further, we treat each individual team member as an equal asset and give them each opportunities to rise. We hold everyone to the same standards and insist that they follow the same rules. This sends a stronger message about the expectations and objectives of the business and also earns employees’ trust and commitment.

Gandhi said, “It is unwise to be too sure of one’s own wisdom. It is healthy to be reminded that the strongest might weaken and the wisest might err.”

Despite his many accomplishments, Gandhi remained committed to personal growth. He believed constant development was the law of life.

At Rymax, we provide frequent touch bases with team members to discuss objectives and to ensure that team members remain focused, enthusiastic and on-track. We also encourage peer-to-peer recognition, to help employees build a mutual respect and trust for one another, while building confidence in themselves. This helps employees at all levels learn from each other and develop beyond their experience level.

If you want to strengthen your employees’ commitment to your company mission, practice what you preach. Lead by example and foster employee growth at all levels. Call us today to learn more.

Shedding Some Light On Your Employees’ Work Week
Next
Think About It Thursday: Expressions of Gratitude